Cutting spread of disease from mosquitos off at their source 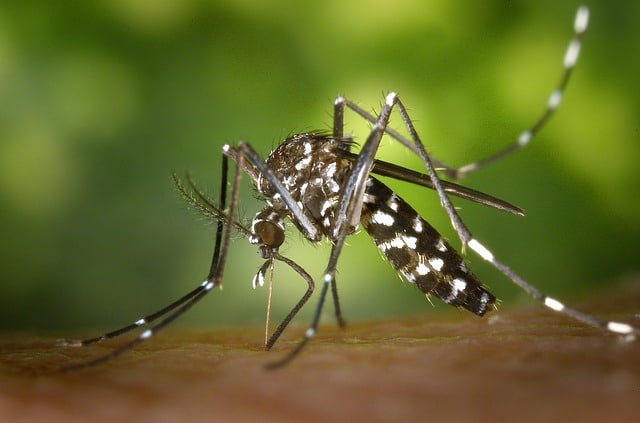 Stagnant water is a magnet for mosquitos. It provides the perfect place for them to lay their eggs and spawn a new generation to terrorize us with their biting, itching, disease-carrying, menace. Fortunately, according to Wired magazine, Pranav Agarwal has developed the Solar Scare Mosquito, a solar powered device that aerates the surface of stagnant water. This helps prevent the proliferation of the mosquito population.

Cost of Production for the Solar Scare Mosquito

Agarwal was able to build the device for less than $10 (£6). This simple — and cheap — device features a bubble aerator, an air pump and a solar charger. The Solar Scare Mosquito floats on the surface of the water. It runs at regular intervals to disrupt the stagnant surface of the water which kills off the mosquito larvae. In tests, the device dramatically reduced mosquito populations in a small pool to nearly zero within a week. Agarwal has outlined how to build the device in a blog post.

According to Wired magazine, he says; “Considering that every year, the global medical expenditure on malaria control amounts to over $6 billion, ubiquitously installing this device in villages and cities would cost only a fraction of that amount. I hope that, one day, this cost effective and sustainable device will save the world valuable money and priceless lives.”

While this device does reduce the breeding grounds for mosquitos, these insects are quite adaptable. They can deposit their eggs in tiny puddles of rainwater pretty much anywhere. Puddles formed in footprints, hoof prints, ditches, and even wheel ruts can incubate thousands of mosquito larvae. These types of temporary bodies of water are more more common hosts for the nesting grounds of mosquitos than established ponds, according to public health entomologist David Gaines. So, while the Solar Scare Mosquito is a great leap forward in combating mosquito borne diseases, there is still work to be done.

For more on the Solar Scare Mosquito, check out Wired magazine.