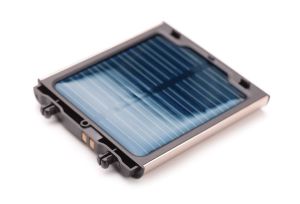 A new and promising technological advancement used to monitor the environment and even conduct surveillance is small robotic birds. But, for all the promise these little marvels show, there is one significant drawback that their creators struggle to overcome, which is the amount of time the little birds can keep themselves airborne. The birds are lightweight and relatively small, allowing little room and resources for a robust battery or other power systems. The current tiny batteries that function as onboard power supply depletes in just a few minutes, severely limiting the viability of the birds as a practical tool.

University of Maryland’s Professors S.K. Gupta and Hugh Bruck at the Maryland Robotics Center and their students are researching a solution. They hope to design an onboard power supply that allows longer flights and even self-recharging. If they are successful, this would greatly expand the viability of this technology, especially in remote locations without electrical outlets.

A Clark School of Engineering team recently developed a new version of its Robo Raven micro air vehicle (MAV). They demonstrated their creation which incorporates solar panels in its wings, achieving their goal of a lightweight, self-sustaining unit. Unfortunately, the Robo Raven III is not yet fully operational. The solar panels only produce 3.6 watts, far less than the 30 watts required to power the revolutionary little bird. They also don’t recharge the device in-flight. The batteries have only successfully charged when the unit is stationary.

Despite the slow progress, Gupta remains optimistic, noting that the development team envisions Robo Raven III performing long missions and needing “a way to ‘feed’ itself.”

Considering how small the Robo Raven III is, its wings a relatively large and, with more development, have enough surface area to create a usable amount of solar energy. Flexible solar cells are currently the team’s solution. With the cells incorporated into the wings, the captured solar energy supplies the Robo Raven’s onboard batteries.

“These new multi-functional wings will shape the future of robotic birds by enabling them to fly longer, farther, and more independently because they will be getting their power from the sun,” says Mechanical Engineering Ph.D. student Luke Roberts, a member of the Robo Raven team.