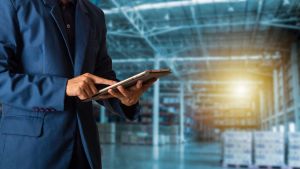 According to the Department of Energy’s Energy Information Administration (EIA), supply chain issues have drastically slowed solar power installations in 2022. As many as 20 percent of planned solar installations have been affected. According to the EIA’s June 2022 Preliminary Monthly Electric Generator Inventory, 17.8 gigawatts (GW) of utility-scale solar photovoltaic (PV) generating capacity was slated for installation in 2022. However, the first six months of the year have seen less than half that number come online. 4.2 GW of capacity was installed in the first six months of 2022, a 20 percent shortfall from industry goals.

“Preliminary data from January through June 2022 show that PV solar installations were delayed by an average of 4.4 GW each month, compared with average monthly delays of 2.6 GW during the same period last year,” according to the EIA. “In most cases, the reported delays are for six months or less,” the EIA added. However, the EIA did note that most of the projects planned for the next 18 months are already under construction, leaving some hope that the delays are only temporary. About 1.9 GW of solar installations have been delayed but are still on track to finish installation in 2022. Meanwhile, according to the EIA, another 1.7 GW of projects have been delayed to 2023.

Numerous factors continuously contribute to the delays, with economic factors stemming from supply chain constraints, significant price increases for components, and labor shortages. Obtaining permits and testing equipment also provides continued roadblocks for ongoing projects. The EIA noted that tariffs on crystalline silicon solar products imported from China have been eased but have not ended. This easement has been implemented by raising the threshold for imposing higher tariffs from 2.5 GW to 5.0 GW. Bifacial panels are also now excluded from the extended tariffs.

An “anti-dumping circumvention investigation of solar cells and modules imported from Cambodia, Malaysia, Thailand, and Vietnam, countries that allegedly use parts made in China that otherwise would be subject to tariffs,” was announced by the Department of Commerce in April. In June, President Biden sought to advance the deployment of the U.S. solar panel industry through an executive action authorizing the easing of import duties for 24 months for solar products imported from the countries under investigation. Biden also invoked the Defense Production Act to expand domestic production of solar modules.

This slowdown in the solar industry’s growth poses a threat to the Biden administration’s climate goals, which include decarbonizing the U.S. power sector by 2035 through the widespread adoption of wind and solar energy.